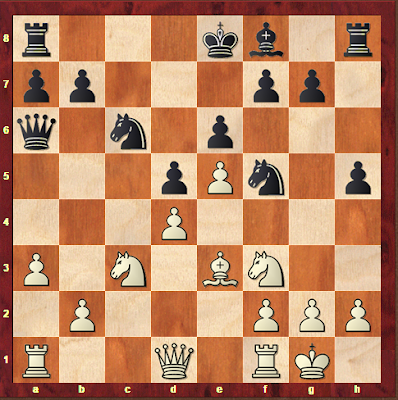 At the minute, I am enjoying watching Maurice Ashley`s VOL 1 "What Grandmasters don`t see!"

The position above is just one of the many situations he looks at. It is white to play, you need to see a sequence of moves not just one.

Below is a video which looks at another striking example.

It is fun watching black American`s, they have a charisma all of their own. White people are gruesomely hilarious when they try to copy them!! They just don`t have the same charisma!

One of the funniest movies I ever saw on TV was called "The Watermelon Man."

It is never shown now as far as I know, think it must be classified as "racist."

Here is Issac Hayes live in a TV Studio.


Here is the Isley Brothers.


The video below is the best musical video on the internet!!

Acts 17:26 And hath made of one blood all nations of men for to dwell on all the face of the earth, and hath determined the times before appointed, and the bounds of their habitation;