A further article has been published revealing the insidious nature of the VIP paedo networks.

You can read it at the link below.


The Boy On The Meat Rack

Matthew 18:1-6 At the same time came the disciples unto Jesus, saying, Who is the greatest in the kingdom of heaven?2 And Jesus called a little child unto him, and set him in the midst of them,3 And said, Verily I say unto you, Except ye be converted, and become as little children, ye shall not enter into the kingdom of heaven.4 Whosoever therefore shall humble himself as this little child, the same is greatest in the kingdom of heaven.5 And whoso shall receive one such little child in my name receiveth me.6 But whoso shall offend one of these little ones which believe in me, it were better for him that a millstone were hanged about his neck, and that he were drowned in the depth of the sea.
Posted by SAM FLANAGAN at 8:18:00 pm No comments:

Last night saw a surprise win for Kelly`s Heroes in their match with Ballynafeigh One. The last two games rounded of a night of great entertainment.

Board one, with David Houston and Gareth Annesley produced fireworks in the closing stages with both players having less than 5 minutes. The game was eventually drawn, but it goes to prove that all draws are not boring games.

The other game between John Bryars and Damien Cunningham also produced fireworks but my team-mate John Bryars sadly lost one time, with both players just having seconds left on the clock.

Overall the result was a 3-2 win for Kelly`s Heroes.

It reminded me of seeing the movie Kelly`s Heroes when it first came out in the cinema, many years ago.


The whole cinema erupted in hysterical laughter every time Donald Sutherland appeared on the screen!

Last night`s home match for Kelly`s Heroes ended with a 3-2 win for QUB.

The second division match between South Belfast A and QUB 2 ended with a big win for QUB.

CHESSBASE and Lawrence Trent have given members a great gift, it is a 1 hour DVD on the Scotch Gambit. 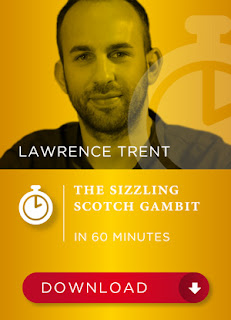 Have not watched it all yet, but from what I have seen so far, it is very instructive and entertaining.

Here is a Bible text for compulsive gambiteers, you need the heart of a lion to continually play Gambits.

4 For to him that is joined to all the living there is hope: for a living dog is better than a dead lion.
5 For the living know that they shall die: but the dead know not any thing, neither have they any more a reward; for the memory of them is forgotten.

THE ULTIMATE CHECKMATE, EIGHTH UPDATE "A glimpse into the heart of Antichrist`s Kingdom"

A short video clip is available which gives just a small glimpse into the heart of Antichrist`s Kingdom.


The only totally accurate source of information about Antichrist`s Kingdom is the Bible.

Revelation 18:1 ¶  And after these things I saw another angel come down from heaven, having great power; and the earth was lightened with his glory.
2  And he cried mightily with a strong voice, saying, Babylon the great is fallen, is fallen, and is become the habitation of devils, and the hold of every foul spirit, and a cage of every unclean and hateful bird.
3  For all nations have drunk of the wine of the wrath of her fornication, and the kings of the earth have committed fornication with her, and the merchants of the earth are waxed rich through the abundance of her delicacies.
4  And I heard another voice from heaven, saying, Come out of her, my people, that ye be not partakers of her sins, and that ye receive not of her plagues.
5  For her sins have reached unto heaven, and God hath remembered her iniquities.
6  Reward her even as she rewarded you, and double unto her double according to her works: in the cup which she hath filled fill to her double.
7  How much she hath glorified herself, and lived deliciously, so much torment and sorrow give her: for she saith in her heart, I sit a queen, and am no widow, and shall see no sorrow.
8  Therefore shall her plagues come in one day, death, and mourning, and famine; and she shall be utterly burned with fire: for strong is the Lord God who judgeth her.

WHY DID IT RESIGN? 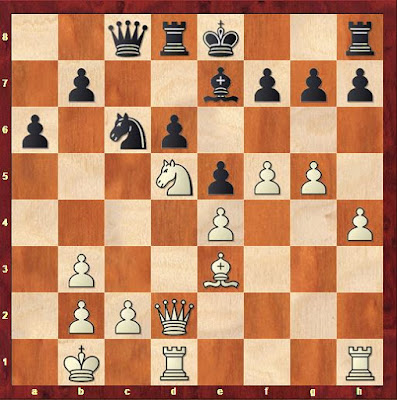 Got the above position in a Fritz rated game a few weeks ago.  I was white and it is white to play, black has just played Qc8.

At the time I was very curious to see what Fritz would do as both sides have the same number of pawns and pieces, so I doubled and Fritz resigned.

If this position occurred in a game between humans, black would maybe feel uncomfortable but I do not suspect many, if any would resign?

I had not decided what to play next as white but I was aware there were a few good options.

ECC12:12 And further, by these, my son, be admonished: of making many books there is no end; and much study is a weariness of the flesh.