The last league game of the year took place at the thriving Ballynafeigh club.

My game was drawn, I offered a draw in advantageous position to escape the oppressive heat of the club room.  It was much too hot for me.

Below is the final position, I offered a draw after playing Nd2, in normal circumstances I would have played on. 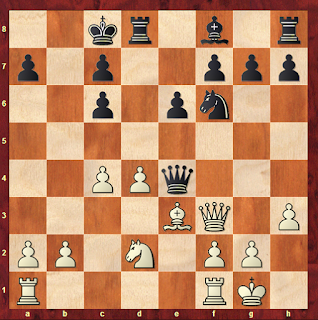 A short video of the Ballynafeigh club room, two matches and tutoring was taking place on the night.

Not sure what the final result of the match was, have to wait on Rookie`s report to find out.

Abraham  knew what it was to feel the heat. A famous passage of scripture from Genesis 18.

Genesis18:1 And the Lord appeared unto him in the plains of Mamre: and he sat in the tent door in the heat of the day;

The trick is trying to remember all the lines, it gets harder as you get older!


It's a Cracker! A Christmas Cracker!

At Christmas, I usually have Pavlova for dessert, but this time Pavlov, "dogged" as ever, saw his luck "desert" him, as he drew with Sam!

Against promoted Graeme, Carey scored an "Eoin" goal, as he lost his game!

"Yule" not believe this, but 2 Bobby's turned up and Lavery beat Thompson in an "arresting" game!


"Snow" joke for "Christmassey Chris" as he lost to on form John Bryars!

Merry Christmas, everyone. Martin Kelly(Captain).
Posted by SAM FLANAGAN at 10:06:00 pm No comments:

Tonight`s game was possibly my worst defeat ever against a human.

At the end of the game I initially thought it was my worst defeat for years, but the more I thought about it, I concluded it is my worst ever defeat against a human.

The opening was a Najdorf Sicilian defence where white plays the solid Be2 line.

I resigned in a middle game position with the same number of pieces and pawns on the board for both sides, I felt it was a hopeless position.

It is a long time since I faced the Be2 line. My computer programme is Deep Fritz 14 and it does play a wide variety of lines against the Najdorf, though it has not played the Be2 line for a good while.

In my possession I have Danny King`s DVD on the Najdorf.  This is a very good DVD but I could not remember the lines he gives against Be2.

This would be a very good DVD for people starting to play the Najdorf.


Lately I have also obtained Victor Bologan`s DVD on the Najdorf.

It is a lot more detailed than the Danny King DVD but I have not seen it all yet.
Definitely need to get more clued up on the Be2 line. 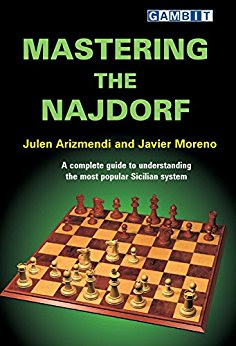 If I was starting to do it all again, I would buy the Danny King DVD first to get started, then the Bologan DVD to give more detailed lines, then finally the book and I would pay particular attention to white`s Be2 line.

As you can see I have all the resources necessary to play the Najdorf at club level, which means I can have no excuses for a defeat. I was simply outplayed on the night!

Ecc 12:12 And further, by these, my son, be admonished: of making many books there is no end; and much study is a weariness of the flesh.
Posted by SAM FLANAGAN at 9:52:00 pm No comments: