In normal circumstances this would end the match with a checkmate for Richard Kerr.

However, the Kincora scandal is such a sinister and murky scenario, it is anyone`s guess as to what may happen now!

Below is the original documentary from 2015 when Richard first broke his 30 years of silence.

Here is a video I made up featuring Richard Kerr with "The Eye Of The Tiger" playing in the background.


Deuteronomy 32:35 To me belongeth vengeance and recompence; their foot shall slide in due time: for the day of their calamity is at hand, and the things that shall come upon them make haste.
Posted by SAM FLANAGAN at 4:44:00 pm No comments:

Purchased two new ebooks by Cyrus Lakdawala. I did not purchase them because I intend to play the suggested lines, I bought them because I enjoy his writing, he is truly hilarious at times, plus his insight is good as well. 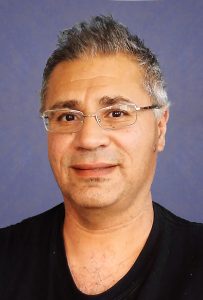 The diagram below is from the Chapter on the Slav and Semi Slav. 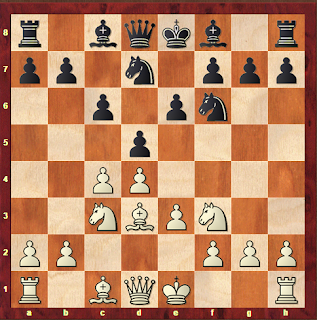 White has just played 6.Bd3, Lakadawala then gives the following comment........"A warning to the reader: our last move walks into theory's teeth and is ill-suited for the lazy with academic shortcomings. We must know our stuff inside out. Studying the endless complexities of this line may cause some of us brain damage or a potential nervous breakdown, but this is the chance we must take."


Proverbs 17:22 ¶  A merry heart doeth good like a medicine: but a broken spirit drieth the bones.

PART OF WHITE REP FOR PAST SEASON

Part of my rep for the past league season was the Scotch game, thanks to a DVD from Chessbase.

A great DVD, plus an opening where you are not sacrificing a pawn to get an advantage.

There is some demand on memory until you get a hold of certain lines, but it is only moderate demand.

Would certainly be interested in any future DVDs
Parimarjan Negi brings out.


If you are thinking of playing the Scotch game I would recommend you start off with this DVD, then buy any recommended books on the opening you fancy.

It is possible you will not need any books if you can get a good grasp of the DVD.

Ecc 12:12 And further, by these, my son, be admonished: of making many books there is no end; and much study is a weariness of the flesh.
Posted by SAM FLANAGAN at 4:26:00 pm No comments:


Just found out from QUB captain that they are forfeiting our match by 7-0 tonight due to exams. This has been accepted by Controller Brendan Jamison and boosts our final points tally in Division 1 to 67.5 and third place, just two points behind Fruithill 1 but a long way behind champions Strand 1.
Congrats to all concerned, particularly top board Gareth Annesley and second board Sam Flanagan who played all 17 games. I hope that Gareth chooses to play for us again next season after his commendable score of 11/17. Congrats also to everyone who played for The B Team who finished a close fourth place in Division 2 on 53 points, just 4.5 points below runners-up QUB1.

Although we have no team trophies this season, four of the nine board prizes were won by Belfast South players, namely by John Bryars(Board 3) and John McKenna  (Board 5) in Division 1 and by Paul Hanna(Board 3) and Norman McFarland(Board 5) in Division 2. I hope these four players can attend the UCU AGM/ PrizegIving on Saturday 25/5/19 at 6.30 pm at Stormont Pavilion tocollect their prizes.

Congratulations to all those winning a board prize.

ECC 12:12  And further, by these, my son, be admonished: of making many books there is no end; and much study is a weariness of the flesh.